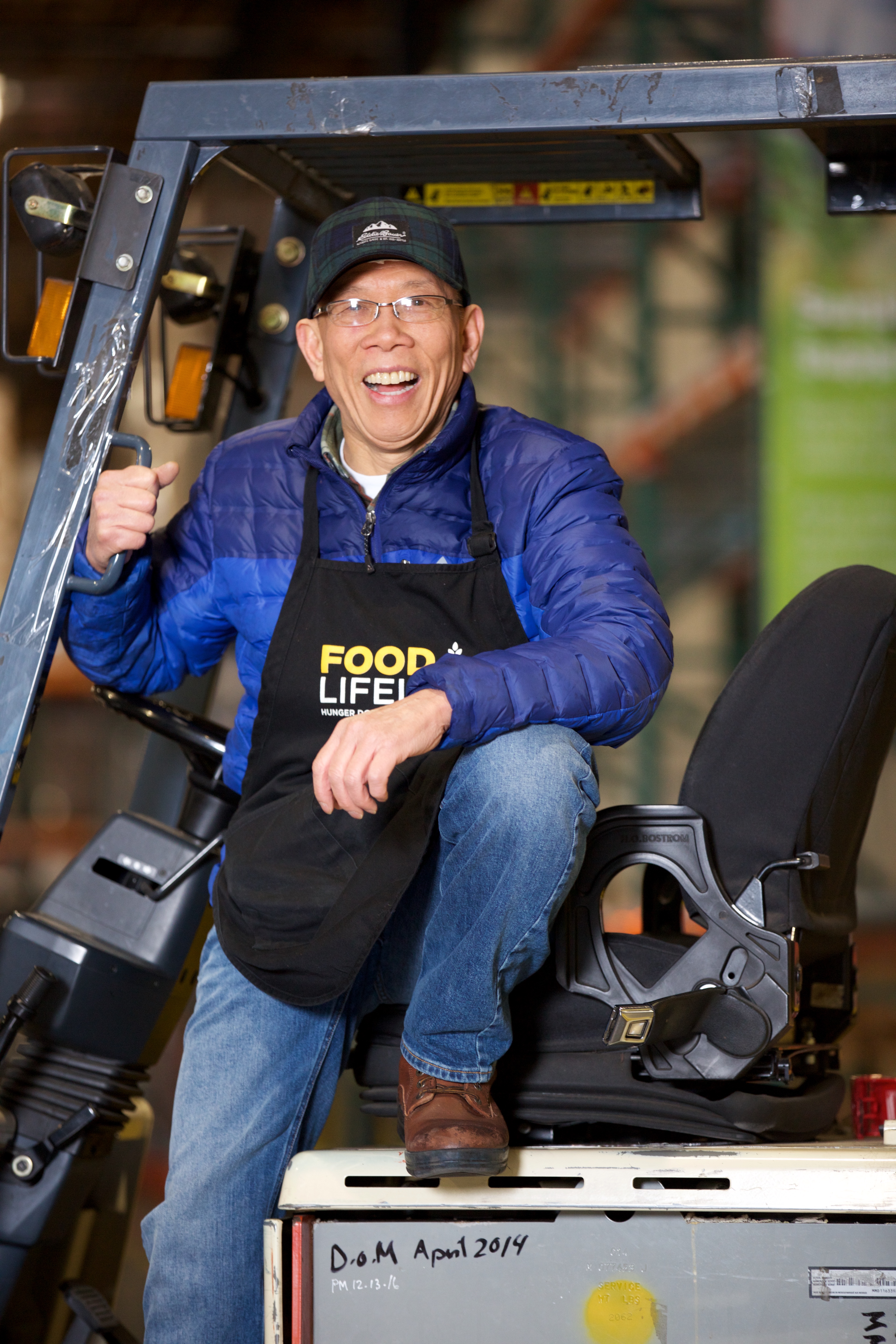 If you’ve ever volunteered at the Hunger Solution Center, you’ve probably met Hank. And if you’ve met Hank, you’ll never forget him.

Food Lifeline’s longest serving employee, Hank has been a staffer for 27 years and serves as a repack coordinator. Every day Hank trains volunteers on how to properly sort and repack rescued produce. Sometimes he sings, sometimes he dances, but he’s always single-minded when it comes to ending hunger.

“I love people,” Hank says. “There are 328 million of them in this country and at least 10 percent of them are hungry. I feel for them.”

He feels for them because he was one of them.

Hank grew up in Vietnam as one of eight children during the war. As a young child, he spent most of his waking hours searching his village for food, often collecting leaves from fruit trees to eat or boil for soup.

In 1979, at age 19, Hank escaped to Hong Kong. A year later, he traveled to the United States, landing in Lawton, Oklahoma. He didn’t speak a word of English and couldn’t find anyone in Lawton that taught English as a second language. So for three years, three times per week, Hank traveled more than three hours round trip to Wichita, Kansas, to take English language classes. With very little money, he relied on public assistance and food banks for nearly every meal, but by 1982 he could finally fill out a job application and go to work.

In 1991, Hank moved to Seattle and found a job at Food Lifeline. And, nearly every day he shares his story with volunteers.

“If you want people to help, you need to share your story with them. You need to tell them a part of your life.”