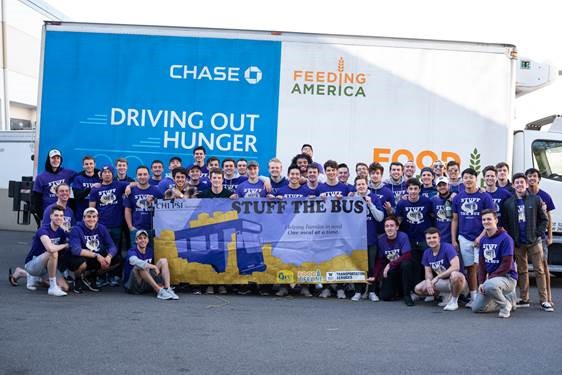 In a normal year, Chi Psi’s Stuff the Bus food drive is a 36-hour effort over one weekend in April, where Brothers campaign outside Seattle-area grocery stores for canned food donations. They then come together on Sunday to unload the buses at Food Lifeline’s Hunger Solution Center. Historically, it’s been a time for celebration and bonding and something that their members look forward to every year. But this year, the COVID-19 crisis has changed the game plan.

“Not only were we forced to organize, campaign, and fundraise apart from one another”, says Chi Psi’s Keaton Layman, “But there are fewer people with the means to donate and more with mouths to feed. It was a complicated situation.” 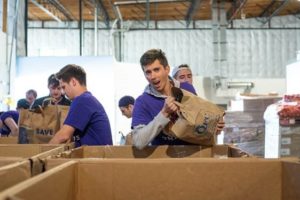 Despite it being a difficult time to ask for donations, this year’s Stuff the Bus raised enough money to help create 26,000 meals for those experiencing hunger.

“So many of us live in this community”, says Chi Psi’s Stephen Reller. “Raising money and meals gave us a personal stake in the outcome, making everything more worthwhile.”

Reller sends his thanks to Food Lifeline for helping them create this virtual event.

“It has strengthened relationships amongst ourselves as well as within the community and we hope to continue to Stuff the Bus for many years to come.”