A Big “Thank You” To Our Friends at West Monroe Partners! 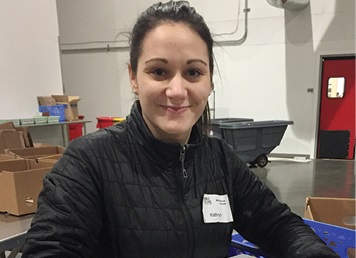 There are many words you could use to describe hunger-relief ambassadors like Kathryn Ginsberg. “Connector” seems to fit best. Since late 2016, Kathryn has worked to make Food Lifeline a central part of the company culture at West Monroe Partners, her employer. By any measure, she’s clearly succeeding.

At first, it was just Kathryn and one other colleague volunteering at our food distribution center in Seattle. Then, when the holidays arrived, two employees became several when Kathryn invited more folks to join her sorting crew during their holiday vacation. As word spread throughout the 85-person office, working at Food Lifeline became a monthly tradition by January 2017.

“I’ve gotten almost every single one of my colleagues to walk through Food Lifeline’s door,” said Kathryn, beaming.

Because many of the employees at the company travel, such widespread participation has been essential. Kathryn and her colleagues can easily spread the responsibility so there’s always someone from the West Monroe Partners team each month of the year.

Beyond their employees volunteering in the warehouse, Kathryn said that her employer had recently begun strengthening its partnership with Food Lifeline in other ways. They’ve begun actively exploring how they can use their skills to benefit Food Lifeline’s larger mission. To encourage participation, the company provides a paid-time-off benefit to employees who volunteer.

As Kathryn looks ahead to the future, she continues to think big when it comes to solving hunger in her community. For her, success is sharing her passion for the mission and spurring others to action, multiplying her impact. For those hesitant to make the commitment, Kathryn has a few words of encouragement.

“It’s easier than you think it is,” she said. “The food that you touch is going to affect somebody that week.” 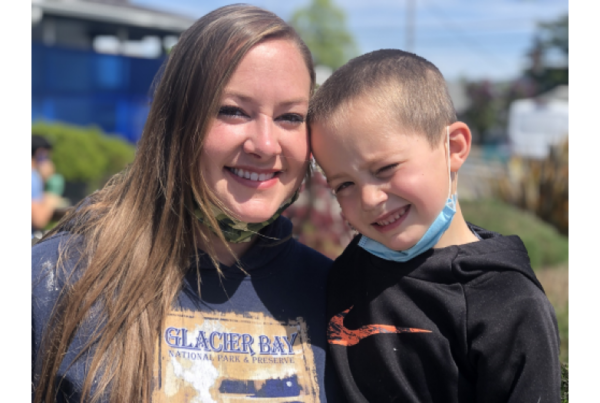